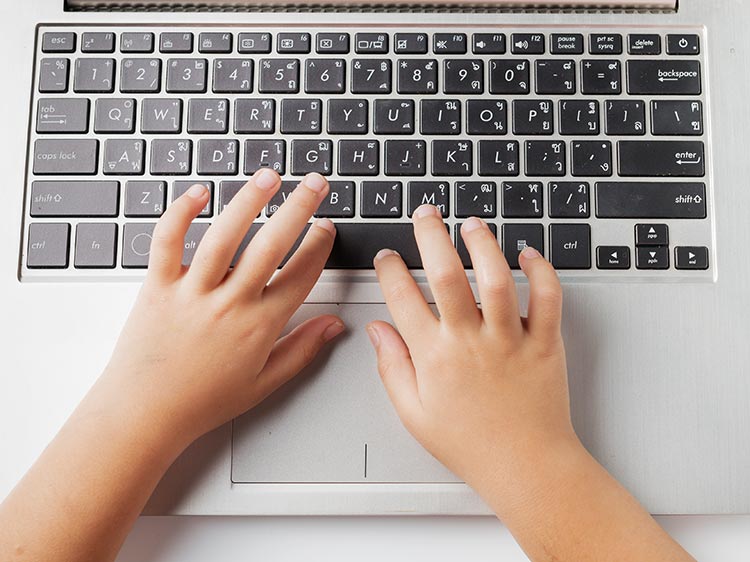 Did it just get a little dusty in here? We love this story for a few reasons: One because the dad encouraged his young daughter to apply to Google. Two, Pichai supporting this young girl’s STEM career aspirations. Three, and most of all—damn girl, that is a good cover letter. Lots of job seekers have something to learn from you.

Because we’re so impressed by Chloe’s application, we outlined a few takeaways below you should keep in mind when crafting your cover letter.

First, when you begin your cover letter, you should start exactly how Chloe did: State who you are and what you want. Getting straight to the point, she wrote. “My name is Chloe and when I am bigger I would like a job with google.” For grown up job seekers, though, just make sure to specify which job you’re applying to exactly.

Then, talk about your accomplishments like how Chloe says her teachers tell her mum and dad she is good in class, especially when it comes to spelling, reading and sums.

Also, mention any relevant experience you have. Chloe writes about playing a game where she has to move a robot up and down squares, and points to the future, saying how her dad will buy her a computer one day, which shows she’s looking to improve her skills.

Her application is also packed with keywords like “robots” and “computers,” which can help a resume and cover letter get past an application tracking system, which is a software that processes and sorts resumes, so you’ll improve your chances of receiving a response from the hiring manager like Chloe did.

Employers also like to see that you have a life outside of work. While it’s great that Chloe likes robots and computers, she also points out that she goes swimming on Saturday and Tuesday. Family is clearly important to her, too, as she mentions her little sister, Hollie, who is 5 and likes dolls and playing dress up. (Maybe Hollie should take a nod from her big sis and start looking at jobs in fashion.)

If one thing shines through the most in her application, it’s Chloe’s abundant enthusiasm for the company. But she’s also very honest when she asks for a job, saying, “I don’t really know what one of them is, but he [dad] said a letter will do for now.”

Well Chloe, to name a few, we have jobs for software developers, computer systems engineers and architects available at Google right now.

For apparently being the second letter Chloe has ever sent in her life (according to her application, she has only ever sent one other letter, which was to “Father Christmas”), she hit this one on the mark.

For more cover letter tips, you can follow our recipe for writing the perfect cover letter. And if you, too, want to ride on slides and work with computers at Google, we’ve got hundreds of jobs at the company you can apply to on Monster.

Does your business need help or tips with their Recruitment / Hiring strategy? Contact our Recruitment team at Dispatch Media Group.